BISMARCK, NORTH DAKOTA — A new habitat modelling technique will allow The Duck Hunters Organization to produce maps of breeding waterfowl habitat conditions like never before. As first published in Delta’s “Fall Flight Forecast” media release earlier this month, The Duck Hunters Organization believes the innovative strategy marks a vast improvement in accuracy and precision over conditions maps of its kind.

“We’ve produced conditions maps in the past, but nothing ever on this level,” said Mike Buxton, Delta’s waterfowl programs manager and engineer of the new mapping technique. “Most duck production conditions maps are pretty rudimentary — they chart out these large ‘blobs’ of general areas based on direct observations and sometimes even educated guesses. It simply isn’t feasible to have enough staff spread across the entire breeding range to accurately gauge conditions firsthand throughout the year.”

Buxton’s mapping technique, on the other hand, relies on a series of complex computer models. While he won’t reveal all of his tricks — the innovative software strategy required considerable effort and a number of map iterations to perfect — precipitation as well as groundwater estimates are central to his computer modelling.

“Precipitation has been a large driver of wetland conditions maps, but it doesn’t tell the whole story unless you consider what’s already out there on the landscape,” Buxton said. “For instance, a few inches of rain in May could make things look pretty good on paper, when in reality if you entered the month dry, a lot of wetlands could still be empty. We believe this aspect of our improved mapping strategy alone will offer hunters a pretty darn accurate assessment of conditions for breeding ducks.”

Buxton’s conditions maps will be published in all five issues of Delta Waterfowl magazine — an exclusive benefit of membership in The Duck Hunters Organization — and monthly on Delta’s social media and atdeltawaterfowl.org.

“The maps will offer the most critical insights in April, May, June and July,” Buxton said. “April is important because that’s when ducks such as mallards and pintails are arriving, and either finding water in the prairies or heading farther north where they don’t tend to be as productive. Conditions in May and June help predict nest success and the likelihood ducks had the resources to renest in the event of nest failure. And good conditions in July are a good barometer for brood survival — that is, whether ducklings had the wetland resources to feed and avoid predators.”

Still, every month is important, as fall through late winter tends to reveal trends foreshadowing spring nesting conditions — the quality of which are the largest determinant of successful hunting the following fall. The best seasons usually result from a large fall flight filled with juvenile ducks that have never seen a decoy.

“We see this mapping method as a strong, accurate and comprehensive picture of breeding conditions across the United States and Canada,” Buxton said. “I hope waterfowl hunters will find these maps informative, entertaining and cause to anticipate the season ahead.” 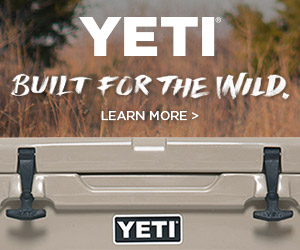